John Charles Charbeneau, born Dec. 31, 1856, was a lifelong resident of Mount Clemens. Known by many as “The Christmas Tree Man,” he sold Christmas trees on his property for over 40 years that he grew on his Black River, Alpena property.

John was one of nine children born to Great Lakes Captain Louis and Matilda (Moore) Charbeneau. Louis and Matilda were also born and raised in Mount Clemens and virtually all of their children lived within a mile of their old homestead on Rathbone Street. In 1926, their children donated four and a half acres of the family farm to the Roman Catholic Archdiocese of Detroit for a church to be built in Mount Clemens, which was named St. Louis in honor of Louis Charbeneau.

One of John’s first jobs was as an engineer on the Great Lakes. In 1890, he built a saloon on the corner of Court and New streets that he ran for 38 years The saloon held a sample room, a bowling alley and a restaurant called the Summer Garden. The saloon was known for gambling, and even an occasional chicken fight in the cellar. A hot spot during prohibition, Police Chief Alan Straight once referred to a drunken prisoner’s breath as smelling like “Johnny Charbeneau.” 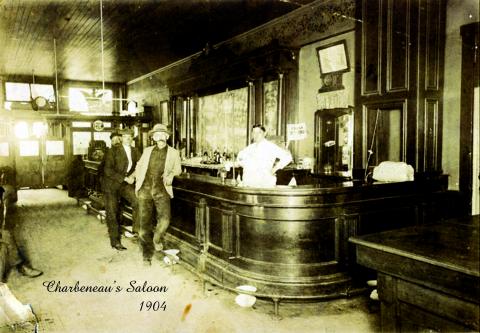 John and his family lived in the upper quarters of the building. His first wife, Mary Jacques, died Feb. 24, 1894. He married her sister Laura on June 19 that same year.  Around 1901, John’s son, John H., founded Maple Leaf Springs, a spring house and dance hall, at the corners of Dickinson and 2nd Street in Mount Clemens. Located at the current site of a retro gas station, the business was taken over by John H.’s sons Roland and Harold in the 1930s.  During prohibition, they made ginger ale, and later became a beer distributorship for Altes Beer, with a gas station added later by John H.’s brother-in-law Rene Denewith. 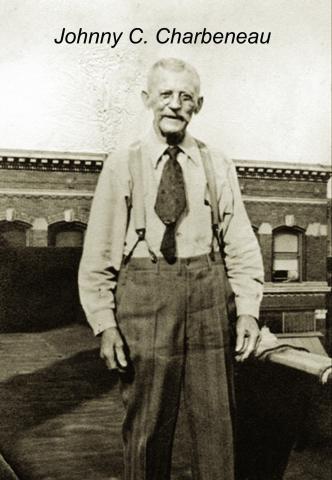 John C. was a fisherman in winterand summer, as well as a duck hunter. He was president of the Mount Clemens Fishing and Hunting Protective Association for five years. He died May 28, 1940, leaving nine children, 41 grandchildren, 33 great-grandchildren, and one great-great-grandchild. Many of his descendants still reside in the area today.

Charbeneau’s Saloon was torn down during urban renewal in the 1960s. Today the Macomb County Court Building stands in its place. 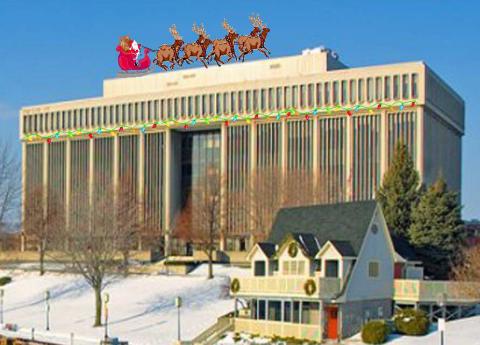