Old chancery files regarding Mount Clemens’s Civil War Sutler Store provide us with a unique window into the past. A picture begins to emerge of the village of Mount Clemens in 1863 as we examine court records and old newspapers. At that time, Camp Stockton was located on the highest ground in the village along the Fort Gratiot Turnpike (now South Gratiot) where the Colonial Hotel was later to stand. The camp was named after Colonel John Stockton, who headed the 8th Michigan Cavalry Regiment.  Consisting of about 12 acres, the camp extended approximately from Robertson Street to the banks of the Clinton River near Belleview. 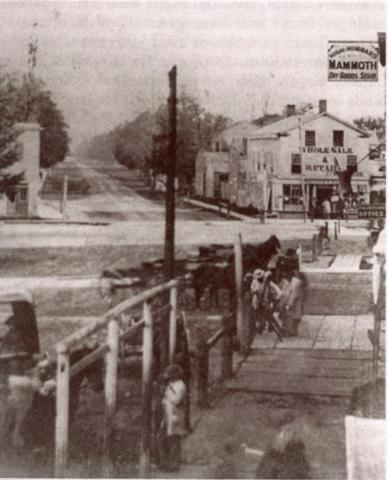 This area south of the village had not been developed due to complications with the land title. The camp ground was leveled, and the ground was swept daily by soldiers. Barracks stood on either side of the drill ground, consisting of wooden structures with bunks on both sides, a kitchen in the rear, and a dining room table in the center.

In the spring of 1863, the camp housed over 900 8th Michigan Cavalry soldiers. By October, it was occupied by 170 soldiers of four new regiments recruited by Major Thomas Howrigan of the 1st Michigan Cavalry. These new recruits joined forces with the 5th, 6th, and 7th Cavalry regiments to make up the Michigan Cavalry Brigade commanded by Brig. Gen. George Armstrong Custer for a time.

Local grocer Silas Dixon, son of former Sheriff John Dixon, purchased a contract to run the camp’s Sutler Store which provided local goods to the regiment. Dixon was tired of having to “run up river,” nearly a mile away to service the soldiers. In October, Dixon entered into an agreement with Thomas Golby, former Macomb Sheriff, to assist with the shop. Or so Mr. Golby was led to believe. 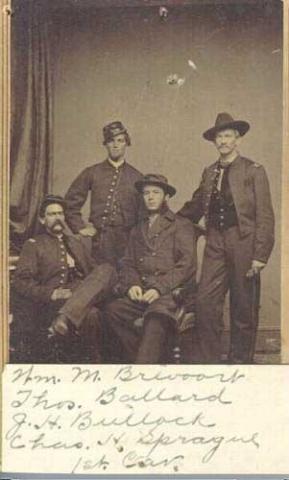 According to Golby, Dixon obtained the approval of Major Howrigan for Golby to run the Sutler Store, and was to pay Howrigan 10 cents per head per month for each man in camp. The store sold a variety of non-military provisions to the soldiers; everything from buckskin gloves to cigars. Oysters were 60 cents per can, raisins were 30 cents a pound, and chestnuts were 20 cents a pint. Candy was 25 cents per pound, and cider was 80 cents a gallon. The biggest seller was beer, at 40 cents a gallon, with 51 and a half barrels sold in two months. Seven barrels of whisky were also consumed at this time. Golby’s wife, Elizabeth, also made 300 cherry and apple pies for the shop, which sold for 30 cents each for a 5 cent profit per pie.

On Nov. 3, Dixon changed the door locks and refused Golby entry to the store. Golby commenced a lawsuit in 1864 against Dixon for refusing to pay his portion of the store profits. Part of the dispute regarded the Golbys running up a large bill at the store for several pounds of sugar which was used to make the pies. Witnesses were brought in at a cost of 13 cents each, who concurred with Golby that he had worked at the store.

Unfortunately, Golby not only lost his court case, but Circuit Judge Sanford M. Green decreed that he pay the defendants court costs of $1.18. 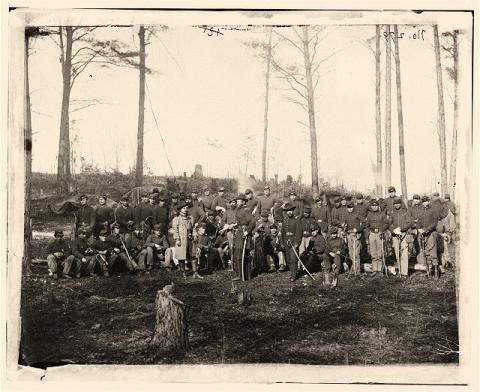