The Ghost of Market Street

During the recent renovation of the old Mount Clemens fire station on Market Street, the current fire department received calls regarding a ghost. The caller, a teacher from a local school, claimed to have seen a ghost in a fireman’s uniform, trying to warn her about work being done on the old building. During a visit to the fire department, she immediately recognized a photo on the wall of former Fire Chief Frank A. Phillips as the ghost she had seen several times. 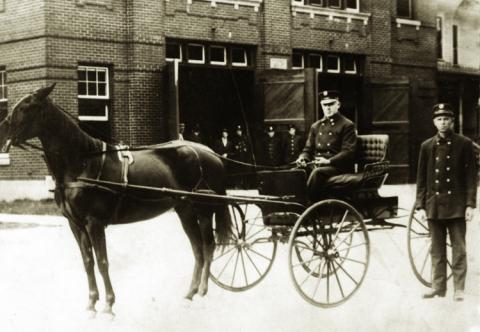 Frank Phillips, born in New York in 1868, lived on Market Street, just a few houses down from where the Market Street fire station was built in 1908. At that time, Phillips was the chief of the Mount Clemens Volunteer Fire Department No. 2, located on North Walnut (now the home of Johnny G’s). He also owned the Phillips & McCreedy Machine Shop on Front Street in Mount Clemens. 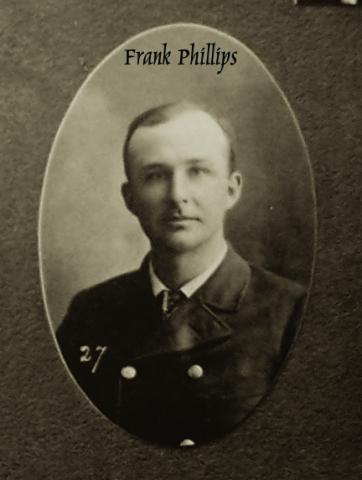 The new engine house was designed by Mount Clemens architect Theophilus VanDamme and built by the Hubbarth & Schott Co. It featured glazed white brick wainscoting that surrounded the main floor, along with iron stalls for the horses. The second floor was finished in oak, with a large sleeping room supplied with a stairway as well as a sliding pole. An assembly room, large office, lumber room, bathroom, closets and several small closets completed the new engine house.

The question of occupancy of the new fire house became a major issue, placing the volunteer fire department and the city in turmoil. The Mount Clemens aldermen (councilmen) were determined to place Casper Keils as the new fire chief, while the men were just as determined that Keils, brother of former Alderman and Mount Clemens Water Works Superintendant J. Anthony Keils, not be their captain. The aldermen were adamant regarding their choice, as were the firemen and many of the residents. They were not able to reach a mutually satisfactory conclusion, and so the Mount Clemens Volunteer Fire Department No.2, in existence for more than a quarter century, voted for dissolution effective Aug. 10, 1908. According to the Mount Clemens Monitor, the vote for termination was 29 in favor of and three against, with one of the three against cast by Casper Keils, the rock on which the city and the department split. 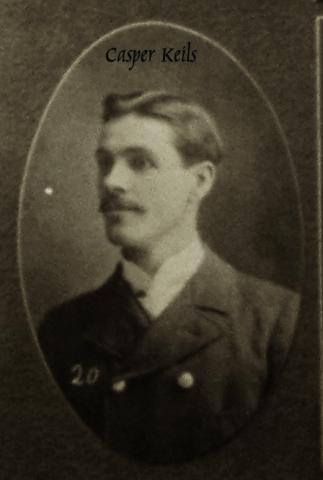 On Aug. 20, 1908, Chief Phillips, Assistant Chief Schelling and Fire Warden Wood resigned. Joseph Rosso was appointed chief and Casper Keils, who had recently served as a Macomb sheriff’s deputy, was appointed assistant chief. The new organization was to consist of four paid men and 18 volunteers.

The third firehouse was built in 1966 on Dickinson Street. The old fire department was utilized by the Mount Clemens Recreation Department for several years, then by PS Office Supply, the state of Michigan work program, lawyers, and then an architect, with   Gabriel’s Vacuum Cleaner Repair in the rear. In 2009, Partners in Architecture purchased the building and began renovations.

By 1915, Casper Keils was working as a stockman in Detroit. Frank Phillips continued his commitment to the Fire Department, serving as the assistant foreman hook and ladder man. Phillips died on April 1, 1932 in Mount Clemens and is buried in Clinton Grove Cemetery. We may never know if he continues to watch over the building that played such an important role in his life, but whenever the elevator bell rings at Partners in Architecture and the doors open with no one on it, the staff says, “There goes Frank.”