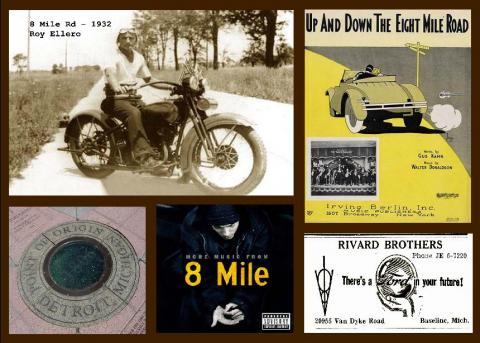 The point of origin for Macomb County’s mile roads is marked by a medallion which was embedded in a stone walkway in Campus Martius Park in Detroit in 1806. This created Detroit’s coordinate system. While Ford Road in Detroit marks the first mile road, 50 Mile, or Bowers Road, in Lapeer County marks the end of the mile roads.

Many of Macomb County’s mile roads were called different names by local residents who often identified roads by the name of the person who owned the surrounding land.  The mile roads are also known by different names in adjacent counties.

Eight Mile Road is the border line between Macomb and Wayne County. It was also called Base Line, as it is located along Michigan’s baseline that runs from Michigan’s east to west lake shores. In the past, Eight Mile was significant as both a physical and cultural dividing line between Detroit and Macomb County’s suburbs. Eminem’s movie and soundtrack “8 Mile” debuted in 2002, bringing further notoriety to the road. 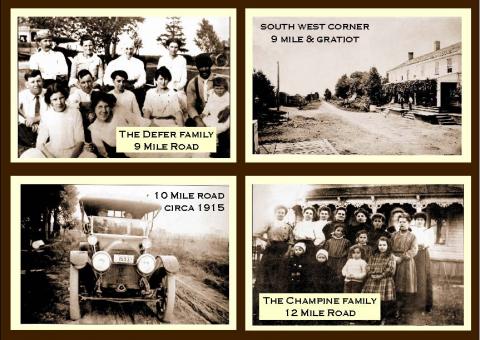 Hall Road, neither officially designated nor referred to as 20 Mile Road, was named after early settler John Hall whose farm was located at Hall and Fairchild Road. In 1937, Hall Road east of Gratiot to Lake St. Clair was named the William P. Rosso Highway in honor of the first Macomb County road commissioner.

Shoemaker, or 21 Mile Road, was named after Henry Shoemaker of Chesterfield Township. Twenty-Three Mile Road was called Coldwater Road east of Gratiot for the tea-totaling residents and Whiskey Road west of Gratiot for the whiskey lovers who resided there. It was also called Telegraph Road for a brief period after the county’s first telegraph lines were installed along the length of the road. 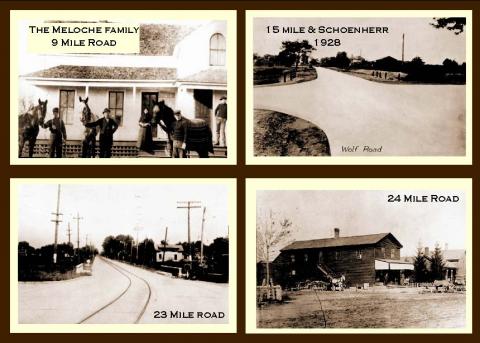 A trip down County Line Road, between 26 and 32 Mile roads, has an interesting display of road signs with the mile road number signs boldly posted on Macomb’s west side of the road and the colorful local names on St. Clair’s east side.

Macomb’s mile roads, as they intersect through every city, village and township, played an important role in the formation of our communities. The diversity of Macomb County can be seen as one drives from mile road to mile road, traveling through the suburbs to the rich farmland of northern Macomb.